Our practice quickly expanded into real property tax sale issues and fire dues sale redemptions, working with mortgage companies, escrow servicing agents, individuals and other entities. In 2009 the fast-growing firm added Cherokee W. Wooley and Charles L. Sparks to our team of attorneys. Now a partner, Mrs. Wooley brought an added focus on title insurance law and related real estate litigation, having previously worked as an associate with King & Spalding in Atlanta in the area of Public Finance. Mr. Sparks is Of Counsel with our firm, assisting in litigation matters, but with primary practice in estate planning, probate, wills and trusts. 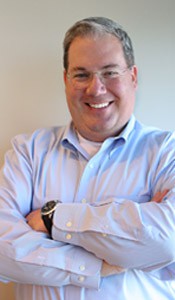 Thomas J. “Jay” Skinner— Managing Partner
Before forming the firm in 2008, Mr. Skinner was a shareholder with a 30+ lawyer firm located in Birmingham, Alabama, where he practiced in the areas of real estate law and title insurance, general civil litigation, defense of workers compensation claims, and defense of Federal Black Lung claims. Mr. Skinner is a 1990 graduate of the University of Alabama with a B.S. in Commerce and Business Administration with a Major in Real Estate, and he is a 1993 graduate of Cumberland School of Law at Samford University. Mr. Skinner was admitted to the Alabama State Bar in 1993.

He has also held a Real Estate Broker’s License in the State of Alabama since 1992. Mr. Skinner is peer review rated “AV” with Martindale-Hubbell. Mr. Skinner is a member of the Alabama Bar Association, Birmingham Bar Association, and the Dixie Land Title Association. Mr. Skinner was also a member of the Alabama Real Estate Lawyers Association (First VP 1997-1998; President 1998-1999). Mr. Skinner is licensed to practice law in the State of Alabama, the U.S. District Courts for the Northern, Middle and Southern Districts of Alabama, the U.S. Eleventh Circuit Court of Appeals, the U.S. Court of Appeals for the Armed Forces, and the Supreme Court of the United States. In addition to his civilian practice, Mr. Skinner is a Lieutenant Colonel in the U.S. Army Judge Advocate General’s Corps, serving as the Command Judge Advocate of the 31st CBRN Brigade where he oversees all military justice matters for the Alabama Army National Guard.

In 2013, Lt. Colonel Skinner deployed to Southwest Asia where he served in Kuwait and Qatar in support of Operation Enduring Freedom. Mr. Skinner is a resident of Mountain Brook, Alabama, but he has also spent over 45 years coming to his family’s home on Lookout Mountain in Mentone, Alabama. Mr. Skinner is active in his community where, among other things, he served as the President of the St. Francis Xavier Catholic Church Pastoral Council, worked with the Boy Scouts of America as Cubmaster of Cub Scout Pack 63 and Assistant Scoutmaster at Boy Scout Troop 28, served as a board member of SCI of Alabama, Inc., a conservation organization, and formerly served as the Chapter President of the Birmingham Chapter and Secretary of the state Board of Directors of the Coastal Conservation Association of Alabama, Inc. 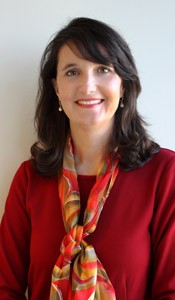 Mrs. Wooley, who resides in Homewood, Alabama, is an active member of the PTO and a Room Parent for her children in the Homewood School System. She is active at Trinity United Methodist Church where she currently serves on the Staff/Parrish Relations Committee and the Strategic Planning Committee, teaches an adult Sunday School class, and is active in both children and youth ministries and missions. 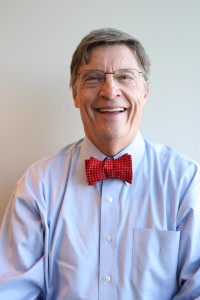 Mr. Sparks has practiced law in Jefferson and Shelby Counties for almost 36 years. Mr. Sparks is a graduate of the University of Alabama with a B.A in Political Science and History, has a Master’s Degree in Strategic Studies from the U.S. Army War College, and is a graduate of the Birmingham School of Law. His practice has primarily concentrated in the area of civil litigation where he represented both plaintiffs and defendants including homebuilders, homeowners, retail businesses, individuals and numerous public corporations including fire districts in Jefferson County and home owners associations.

A long-time member of the U.S. Army Reserve, Mr. Sparks retired from the military as a Colonel in the Judge Advocate General’s Corps in December of 2008 with 37 years of total service. Mr. Sparks served a two-year mobilized tour of duty with the 87th Training Division which required him to close his law offices, and he reentered the private practice of law in January of 2009 of counsel with the firm where he concentrates in estate planning, probate, and business law issues. Mr. Sparks is a member of the Alabama Bar Association and the Birmingham Bar Association, and he recently served as Co-Chairman of the BBA Elder Law Committee and held a two-year tenure as the Chairman of the State Bar Military Law Committee respectively. Mr. Sparks also served for 10 years as a Municipal Judge for the cities of Woodstock, Centreville, and Brent, and was an instructor in the Judicial College. He has also been recently appointed by Governor Kay Ivey to the Alabama Military Appellate Court of Appeals.

Mr. Sparks is an active member of the City of Hoover community where he worked on committees to form an independent school district, served as President of the PTO of Bluff Park Elementary School, served as President of the Student-Athlete Buccaneer Fund, and coached girls’ softball for nine years. He is also an active Rotarian in the Hoover Rotary Club where he is a Past President, Paul Harris Fellow, Board Member, and was recently nominated for District Governor. Mr. Sparks is licensed to practice law in the State of Alabama and the U.S. District Courts for the Northern, Middle and Southern Districts of Alabama. 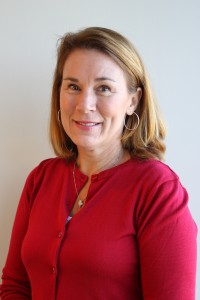