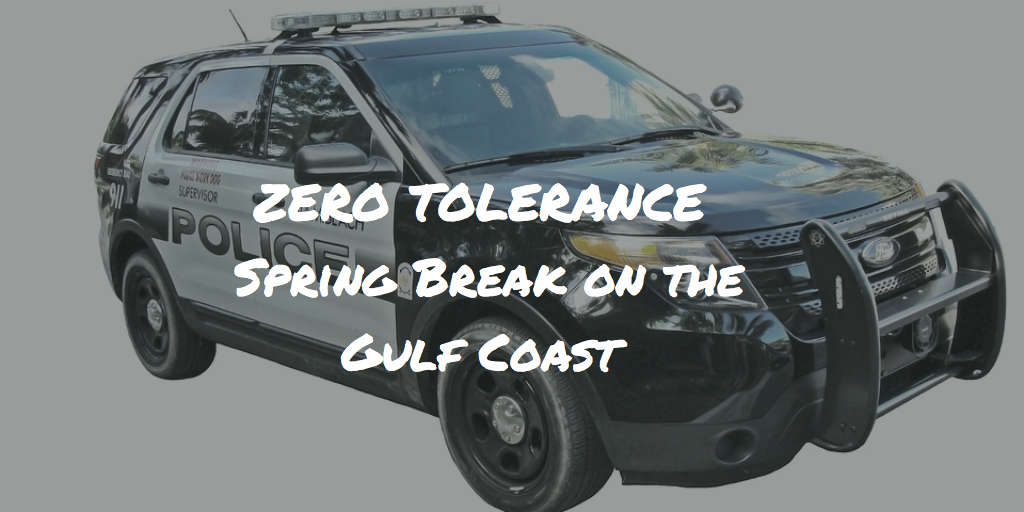 I recently attended an event at Mountain Brook High School regarding Spring Break 2017.  The event was hosted by “All In Mountain Brook” in cooperation with Mountain Brook Police Chief Ted Cook.  Chief Cook arranged for law enforcement officials from Alabama and Northwest Florida to come to MBHS and speak to parents in an open forum environment.  The law enforcement officials included the Police Chiefs from Gulf Shores, Alabama, and Orange Beach, Alabama, the Deputy Chief and a Lieutenant from the Panama City Police Department, and the Lieutenant and Sergeant from Walton County, Florida, covering Highway 30A (including Grayton Beach, Seaside, Watercolor, Rosemary Beach, Seagrove, etc.).

These officers came to MBHS to address the issues their communities and their law enforcement agencies face with spring break crowds.  These issues include rampant underage drinking, DUIs, drug distribution, possession and use, property crimes, vandalism and wanton destruction of property, sexual assault, rape, and death.  These issues involve junior high, high school, and college kids, “predators and thugs” who come to the beach to prey on, sell drugs to, and steal from the kids, and parents who condone and participate in underage drinking.  Each of these jurisdictions and communities reached the same conclusion on how to address these issues.  ZERO TOLERANCE.

The following information is an outline of how these jurisdictions intend to handle spring break.  This is not meant to be an all-inclusive list, and as the officers all said, “If it’s illegal where you came from, it’s illegal at the beach.”  For more specific and up to date information, you are encouraged to review the websites and Facebook pages of the law enforcement agency in the jurisdiction you plan to visit.

The officers reminded everyone that each year, they have to call parents to inform them that their child is deceased.  Most of the time, it is the result of a stupid decision: Leaning over a balcony, going into the Gulf of Mexico during a dangerous rip tide situation or double red flag, drinking and driving, drug overdoses, and so forth.  The officers all asked that as parents we remind our children that “Decisions have consequences,” and bad decisions often have negative or even fatal consequences.  There are bad people who come to spring break solely to prey on high school and college kids.  They break into their cars and steal their valuables; they sell the kids drugs (heroin is especially a concern); they prey on girls to sexually assault them or rape them.  The officers believe that many of these concerns can be addressed by the parents knowing where their children are and what they are doing.

The officers did make it clear that they want people to come for spring break and come during the summer for vacation.  They want families who can enjoy the beautiful Gulf Coast beaches without petty crime, vulgar language and large scale drunken debauchery.  They want to provide their visitors with a friendly and safe place to visit, and they want to ensure the safety of all of their spring break visitors. Read the full story in Village Living here.