Giving Back to the Birmingham Community

GIVING BACK TO THE BIRMINGHAM COMMUNITY

The attorneys and staff of the Law Offices of Thomas J. Skinner, IV, do more than simply provide legal services to our clients. We are all firm believers of being actively involved and a part of our community. Each of us is involved in many different activities in addition to law. 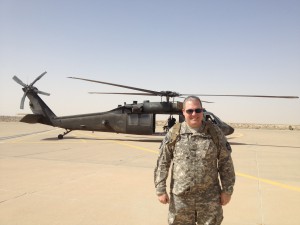 In addition to his law practice, Mr. Skinner is a Lt. Colonel in the U.S. Army Judge Advocate General’s Corps where he serves as the Chief of Military Justice for the 167th Theater Sustainment Command with the Alabama Army National Guard. In 2013, Major Skinner deployed to Southwest Asia where he served in Kuwait and Qatar in support of Operation Enduring Freedom.  Mr. Skinner regularly speaks to school groups, scout groups and community groups relating to his military service.

In addition, Mr. Skinner is active in his church, St. Francis Xavier Catholic Church, where he has served as a past president of the St. Francis Xavier Church Pastoral Counsel. Mr. Skinner is active in the community where he has served both as the Cubmaster of Cub Scout pack 63 and an Assistant Scout Master for Boy Scout Troop 28 with the Boy Scouts of America. Mr. Skinner is an avid outdoorsmen and conservationist, and he has served as a Board of Director member of SCI of Alabama, Inc., a nonprofit wildlife conservation organization, and he currently serves as a member of the Board of Directors and Secretary of the Birmingham Chapter and is a member of the State Board of Directors of the Coastal Conservation Association of Alabama, Inc., a conservation organization dedicated to improving the coastal marine waters of Alabama.

Cherokee Wooley is also active in the community. Mrs. Wooley is active at Trinity United Methodist Church in Homewood, Alabama, where she serves on both the Staff-Parish Relations Committee and the Strategic Planning Committee. She also teaches adult Sunday school, and she is active with both the children and youth ministry missions of the church. In addition to being an active member of the church, Mrs. Wooley is an active member of the Homewood school system’s Parent Teacher Oranization. Mrs. Wooley has been active with the PTO at the elementary, middle school and high school levels. 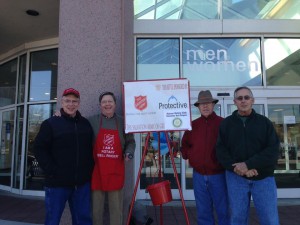 Like Mr. Skinner, Larry Sparks has served our country retiring as Colonel in the Judge Advocate General’s Corps in December 2008 with 37 years of total service. Mr. Sparks in an active member in the City of Hoover community where he worked on the committee to form an independent school district, served as president of the PTO of Bluff Park Elementary School, served as president of the Student-Athlete Buccaneer Fund, and coached girls softball for nine year. Mr. Sparks in active in his church, Shades Mountain Baptist Church, and Mr. Sparks is a leading Rotarian in the Hoover Rotary Club where he has served as the past president, Paul Harris Fellow, and board member. He now serves as an Assistant District Governor for Rotary District 6860.

The outside community involvement is not limited to our attorneys. Our paralegal Carla Johnson is a sustainer member of the Junior League of Birmingham, and she is an active member of St. Stephens Episcopal Church.

Courtney Moore, our legal secretary and administrative assistant, is also a current member of the Junior League of Birmingham, and she is active with the Cavalier Rescue of Alabama.

We believe in supporting our community, and the firm regularly contributes to the support of a wide range of community events and activities including the Birmingham Zoo, the Linley Heflin Unit Scholarship Fund, Relay for Life, the Ballet Guild of Birmingham, Ducks Unlimited and the Coastal Conservation Association.