Bad Boundary Lines and the “Zone of Death”

With real estate law, unclear or uncertain boundaries whether in a legal description in a deed or because of erroneous markers or monuments in the ground, often lead to lawsuits.  Perhaps the most complex situations involve boundary line disputes where there is a “no man’s land” between the two adjoining property owners.  This is usually the result of bad legal descriptions in both the adjoining property owners’ deeds.

But in Idaho, or more specifically one small, 50 square mile section of Yellowstone National Park in the State  of Idaho, not paying attention to boundary lines and poor drafting of statutes created what has been referred to as the “Zone of Death.”  The Zone of Death was first identified in an article entitled “The Perfect Crime” by Michigan State University law professor Brian C. Kalt.  (Kalt, 2005).

In his 14 page article, Prof. Kalt explains that Congress left the exclusive jurisdiction of Yellowstone National Park to the U.S. District Court for Wyoming.  However, under the Article III, Section 2, of the U.S. Constitution, an accused is entitled to a jury composed of people from the state where the crime was committed, and under the Sixth Amendment to the U.S. Constitution, the accused is entitled to be tried by jurors from the Federal district court where the crime was committed. The problem with the Zone of Death is that the U.S. District Court for Wyoming has jurisdiction over all of Yellowstone, even the parts of the park in Montana and Idaho.

Why is this important? Assume a person commits a murder in the 50 square mile portion of Yellowstone in Idaho.  Under the U.S. Constitution, the accused has the right to a jury composed entirely of people living in both Idaho and the U.S. District Court for Wyoming which would be people living in the Idaho part of Yellowstone. However, there is no one residing in the Idaho part of Yellowstone. Prof. Kalb argues that since a jury cannot be formed, the accused walks free (there are between 40-50 people that actually live inside Yellowstone in Montana, so a jury could be seated in Montana).

So, how do we fix the problem?  In a boundary line case, we go to court, and the court decides who the “no man’s land” actually belongs to.  But in the Zone of Death, if a jury cannot be seated, then how could a court ever decide?  The answer lies with Congress, and Congress must address the problem.  It’s a relative easy fix.  Congress would just split the portions of Yellowstone in Idaho and Montana to the Federal district courts in those respective states, but this easy fix is hampered by two problems. First, it puts the Idaho portion of the park in the U.S. Ninth Circuit Court of Appeals and the rest of the park in the U.S. Tenth Circuit Court of Appeals.  This would open the door for radical environmentalists to challenge every park management decision that could impact the Idaho zone in a circuit deemed more favorable to radical environmental issues.  Second, Congress is just too busy with other things than to address a theoretical issue.

Okay, has anyone ever tested the theory in court?  Well, actually yes, it has been tested in court.  In December 2005, a hunter illegally shot an elk in the Montana section of Yellowstone.  He was indicted in the U.S. District Court for Wyoming, but he moved to dismiss the case citing Prof. Kalb’s article and arguing that he should be tried by jurors residing in the Montana portion of Yellowstone (there actually are such persons).  But the issue never got past that stage as the court dismissed the argument out of hand because it would imply that Yellowstone actually does contain a Zone of Death.  Also, the hunter was offered and took a plea deal which prohibited him from appealing the jurisdictional issue. So, the issue remains unadjudicated.

So, boundaries are important regardless of whether they are in the Zone of Death in Yellowstone National Park or between two adjoining pastures in rural Alabama.  To read more about the Zone of Death, check out the following sources or read the fictional book Free Fire about a murderer in the zone. See (Baynham, 2016), (Morton, 2007), (Matthews, 2014), and (Box, 2008).  For more information on boundary lines and other legal issues in the State of Alabama, contact the Law Offices of Thomas J. Skinner, IV, LLC, at 205-802-2545.

Works Cited
Baynham, J. (2016, August 4). There’s a Section of Yellowstone Where You Can Get Away with Murder. Retrieved September 1, 2016, from VICE

Part 2 – Tell Me More About Bourbon

Bourbon is a beautiful blend of colors, smells and tastes.

Bourbon is a beautiful blend of colors, smells and tastes.  Darker Bourbon is older whiskey with higher proof.  As the whiskey ages in its barrel, it takes on a darker brown color.  When water is added to whiskey to lower its alcohol content, the whiskey will take on a lighter color.

The aroma and taste of Bourbon tend to be very subjective in nature. However, there is one flavor that should always be found in straight Bourbon (aged two years), and that flavor is caramel. The charred oak barrels imparts caramel and vanilla in every Bourbon. Expert Bourbon tasters try to associate the flavors in Bourbon with favorite everyday spices and aromas such as caramels, vanillas, grains, fruits, flowers and spices.

In the end, you need to try different Bourbons to find the distillers and brands that you enjoy the most.  And it is important to remember, that Bourbon is not meant to be downed in one gulp like a cowboy in an old Western movie.  No, Bourbon is to be slowly savored, enjoyed and appreciated much like a glorious autumn sunset or a beautiful woman in a fine dress. 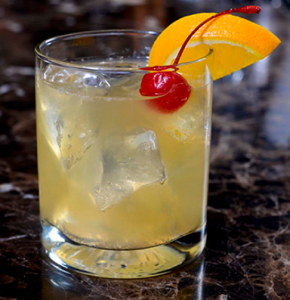 In recent years, there has been a movement to restore and rehabilitate historic buildings in our nation. Beginning on October 1, 2013, State of Alabama joined this movement. The Alabama program is called The Historic Rehabilitation Tax Credit Program. The tax program is expiring in 2016 after its three year run, but the program could be revitalized with additional funding from the legislature. Further there are federal programs as well which provide for tax incentives to rehabilitate historic buildings.

Under the Alabama program, 25% of the qualified rehabilitation expenditures were certified historic buildings which were used for income-producing residential purposes can be credited for taxes. Further, a 10% of qualified rehabilitation expenditures were pre-1936 non-historic buildings which were used for income-producing purposes can also be claimed as a credit. Historic buildings are those buildings which are listed individually in the National Register of Historic Places (NRHP); buildings listed as a contributing resource in a NRHP district, or a building is eligible for listing in NRHP. Tax payers who file a State of Alabama tax return or entities that are exempt from federal income tax who own title to a building or own a lease hold interest in a building for a term of 39 years or more may be apply for the tax credit. The eligible projects include both commercial developments and single-family residential projects.

There are certain requirements under the program as to required expenditures. The act requires project expenditures must exceed 50% of the owner’s original purchase or $25,000, whichever is greater. Further, the work must follow guidelines from the Secretary of the Interior’s standards for rehabilitation which ensure the improvements are consistent with the historic character and that the improvements maintain the historic integrity of the structure. Acquisition costs, realtor fees, personal labor by the owner, furnishings and appliances, sales and marketing costs, and landscaping or site work outside the footprint of the qualified structure do not qualify for the credit.

The Alabama Historical Commission accepted applications on the first-come, first-serve basis. The commission had up to 90 days to review the application and make a decision. Tax credits are reserved for approved projects in the order which they are received.
The tax credits are taxed for commercial projects to a reservation of $5 million dollars. Residential projects are limited to a tax credit reservation of $50,000. A total of $20 million dollars in tax credits are reserved each year for a period of three years.

There is one other incentive in Alabama for owners of historic commercial buildings. Under the Alabama Property Tax Incentive, a commercial historical building can be assessed for ad valorem tax purposes at 10% instead of the usual 20%. This is a fairly simple process where you complete an application for your historic building, submit the application and photographs, and a location map to the Alabama Historical Commission and take the positive response letter from the Alabama Historical Commission to your local tax assessor for the property tax reduction.

We hope this overview of the historical tax credits available to property owners in Alabama is helpful. Please feel free to contact us at The Law Offices of Thomas J. Skinner, IV, LLC, if you have a historical building and would like to explore any of these options further.